After leaving California, Bill and I made our way into Utah to visit Zion and Bryce National Parks. We’ve wanted to get over that way for a long time but have never really had our timing right to do it when we’ve been in the Southwest. Since Bill retired, his time is much more flexible and we’re only working around my writing and coaching clients, so we can travel during the off seasons–which in case you don’t know, are the best times to travel.

Before we left California, we stayed one night with Bill’s brother and sister-in-law. Since they had very recently been to Zion and Bryce, we picked their brains about which hikes to do and what not to miss.

Our first night in Zion we were warned that rain was coming the next day (much needed rain for the region, but we get enough of it in our neck of the woods to be disappointed). With the forecast in mind, we quickly settled ourselves in our motel room and changed into our running clothes. The drive through the park was gorgeous! We followed the scenic road to the end and took a run on the riverside trail (about 2. 5 miles round trip). 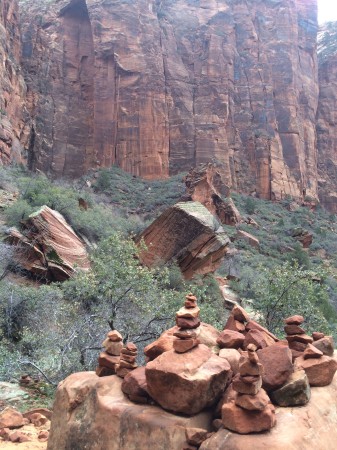 The red rocks of Zion 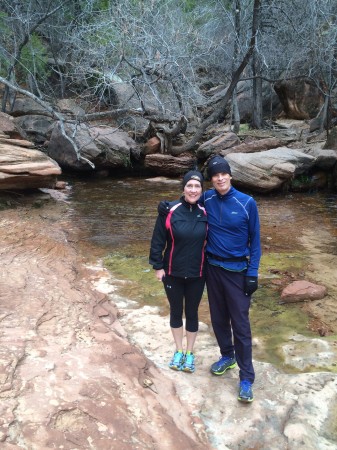 At the end of the riverside trail

The next morning, we ran/hiked to the Emerald Pools and up the Angel’s Landing Trail to where it culminated in a scary scramble up some “stairs” to a high point. We didn’t go the last stretch, partly because I was freaked out by the climb and partly because the rains were coming. 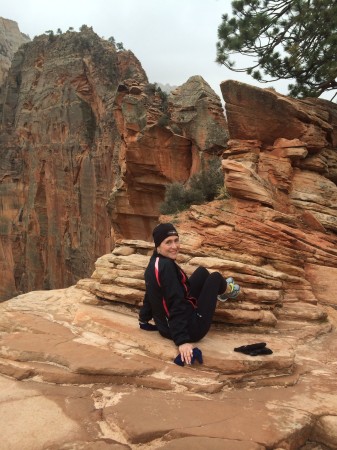 A little freaked out at Angel’s Landing

The next day I was pretty sore from our 7.5 mostly UP miles, so I was glad for a driving day. We arrived at Bryce in the afternoon to snow falling from the sky (and sticking on the ground). The folks at the visitors’ center told us the forecast was for snow through the next day. We decided we’d stay one night and see what the sky looked like in the morning. The park was too socked in to see anything that first night, but we hoped for even a brief clearing on Saturday to get some pictures. 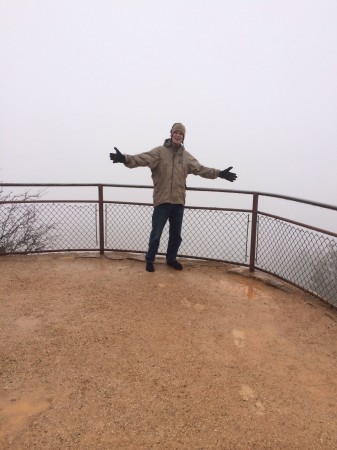 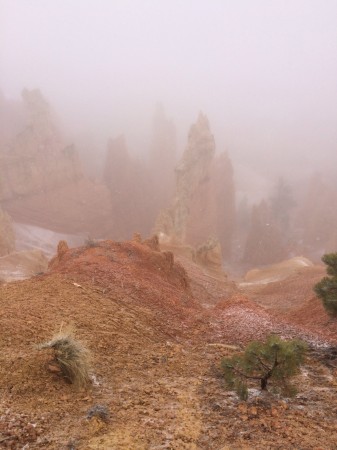 Saturday morning we were thrilled to see blue sky! Bill took a run in the fresh snow along the rim of the canyon (about 4 miles). 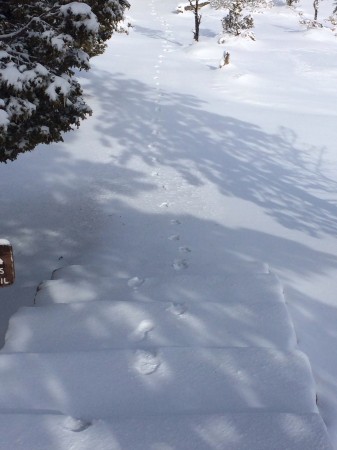 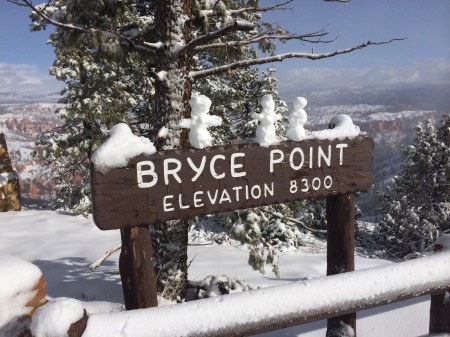 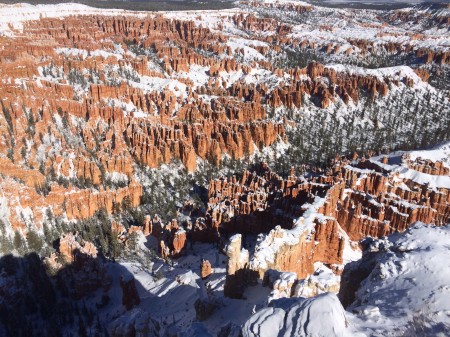 Then we hiked a three-mile loop from Sunrise point to Queen’s Garden and back up to Sunset Point. Check out the fun!