We landed in Green River, Wyoming today, after driving through the Grand Tetons National Park. Turns out that the smoke from fires in Colorado and even Washington are drifting through the West and making the air hazy. Even so, the views were spectacular. I was reminded of Torres del Paine in Southern Chile. 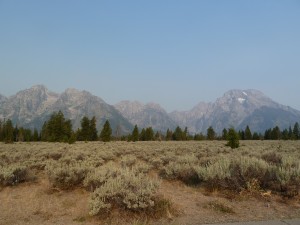 On our drive out of Yellowstone yesterday, we visited a number of “thermal features,” which is what the park is known for. I can’t do better than to simply show you a few pictures. Here they are: 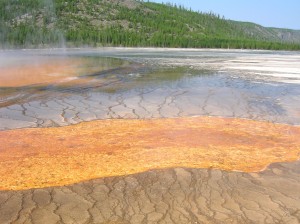 The biggest hot spring in the park 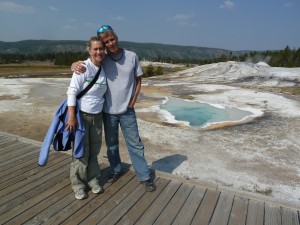 On the walk through the geysers near "Old Faithful" 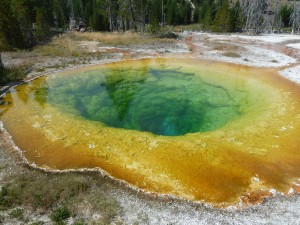 And then there were the simple pleasures of being on vacation: seeing bison and drinking Moose Drool: 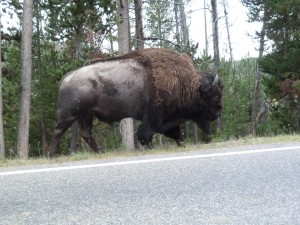 Just wandering along the road 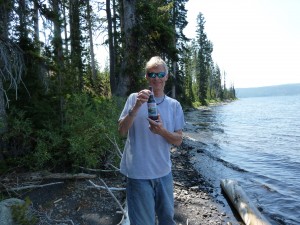 So, now we’re getting ready for the race tomorrow. They say the course is straight up for 4 miles and then rolling hills through the wild horses reserve. After the race we plan to cool off by floating down the Green River. 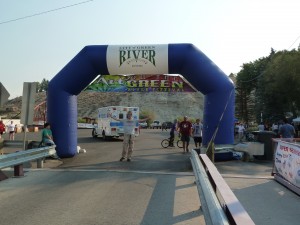 Bill standing under the start/finish line 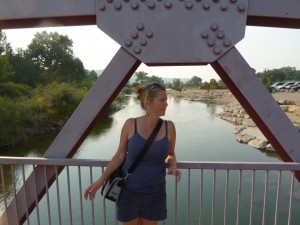 I’ll post a race report tomorrow night. There’s no time limit (and several Marathon Maniacs running this race, as I understand it), so I’ll be in good company at the back of the (40-person) pack. Hopefully I’ll get some pics of the horses along the way.