Getting to Know Our New Town

Yesterday the University of Concepcion (U de C) hosted Bill and me to welcome us to town and to the campus.

The above video is of the mural at the art museum on campus. It is the Presencia de America Latina by painter Jorge Gonzalez Camarena.

What a privilege to meet University officials and to have the chance to say thank you for inviting us to be a part of their community for a brief period of time. A Fulbright Grant is a huge privilege and we don’t take this opportunity lightly, although we do plan to have as much fun as we can cram into a few months!

After our meeting on campus, we went to lunch with Lilian (director of the English language teaching program), Cecelia (also from the university), and Laura (Lilian’s daughter) at a restaurant specializing in seafood. I stuffed myself so full of the crab and shrimp cannelloni I ordered that I didn’t need to eat again until today.

Getting to know a new town is a slow process, but we’ve been given a huge jumpstart because Laura–who is 19, speaks amazing English, and has a knack for making the big task of getting oriented feel like a cinch–has been willing to spend a couple of afternoons walking us around town, translating for us, and generally hanging out. She’s been our delightful anchor, and we’re incredibly grateful. Because we are here in Chile under a Temporary Residency Visa, we have to register our presence with local and federal authorities. Laura helped us navigate some of the red tape yesterday as if she’d done it a million times before for other foreigners (she hasn’t).

Today we simply HAD to get out for a run. 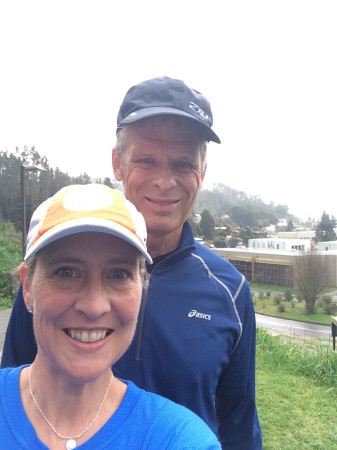 We started at the campus, and then wound our way through the university district alongside a park called “Parque Ecuador.” Sadly, the park itself is closed right now for remodeling during the winter months (remember: the seasons are flipped when you go south of the equator), but we were able to run along the edge of it on a well-marked bike/foot path. I’m sure as time goes on we’ll find some additional routes, but this is a good start–a few safe and easy miles where I can run alone when Bill isn’t handy to come along.

After our run, we changed clothes and went for a walk (I think we put in about nine miles today altogether). By the end of the day, what could we do but find a beer. Here’s Bill at Latitude Sur, a local microbrewery with ONE in-house brew. But ah… it was nice. 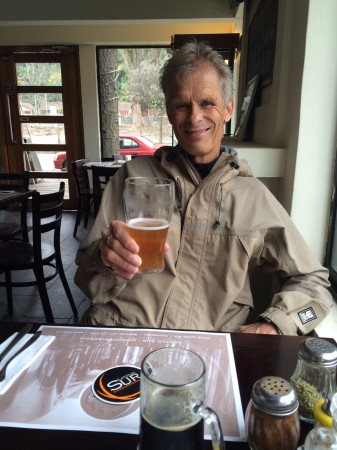 One of the really hard things for me to see every time I have visited Central and South America is that in some places, homeless dogs roam the streets in great numbers. Concepcion has this issue, just as Punta Arenas does in the south of Chile, and just as many cities in Mexico do. Probably other countries contend with the issue, too. Some of these poor pups are seemingly full breeds who have been turned out on the street by their owners. Yesterday I saw a beautiful Rhodesian Ridgeback who had to be a full-blood. People are generally kind to these sad creatures–even feed them, as I understand it. And Laura told us that there is a neutering program in town which has been helping to decrease their numbers, but still… It’s very hard for me, as a dog lover, to look into the eyes of these beautiful animals and to know there is nothing I can do for them. 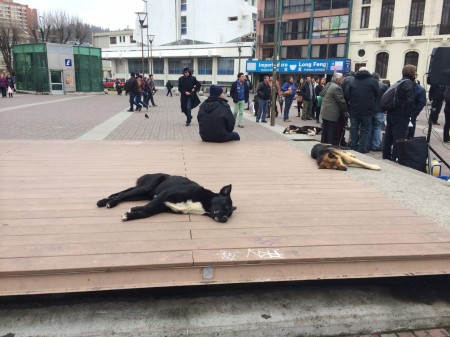 Dogs sleeping on the platform in the square 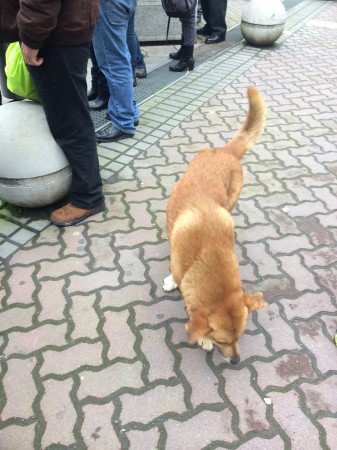 Looking for scraps at the market

Tonight as I sit typing this, I’m missing my own creatures and my own house, but I’ve had news from home. Jane, Fuji, and Bronte are all being well cared for, so there’s nothing to worry about. Our house is occupied by our lovely friend HH. Still, we are far away from everything we know. But we have to stretch beyond what’s comfortable to grow, friends.  We have to leave one thing to find another, don’t we?

More news to come as the days pass.