You know how one big thing happens, and just as you take care of that big major thing and finally get your laundry done (because it was a messy thing, whatever it was), the next big thing comes along? Then before you can catch your breath, you’ve got twenty more things on your “to do” list that needed to be done yesterday? That’s how my last couple of weeks have been. At the beginning of the year I set a goal to blog twice a week and today, as I look at my website here, I see that the last time I posted was TWO WEEKS ago!

Well, let’s catch up, shall we? First, after I got home from the Tinker Bell race, I started blogging for Psychology Today’s blogger team! This has been super exciting for me because I finally get to combine in writing my love of the marathon with my expertise as a therapist!

Next, I rushed to get out my professional February Newsletter, which is another one of my new year’s resolutions (so far, I’m two for two on that one!). And then before I was finished composing it, Bill called me from his office to tell me that the Chuckanut 50K has opened up 500 more spaces and did I want to sign up for it? I quickly had to decide if I was up for a hard 31-mile trail run a few weeks after my Arizona marathon (which is this coming Sunday). But the same morning Bill called me, I had talked to my grandmother on the phone and she told me she needed a hip replacement. I gave myself a good think and decided, YES! I should go for it and run the 50K. Our hips don’t last forever, after all. Why wait?

No sooner had I decided about the 50K (and gotten in a couple of runs up on the trails just to reassure myself that it IS a hard course) when it was time to pack and head off to Arizona. 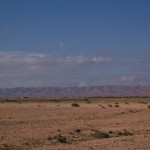 So here I am, in the desert, finally with a chance to breathe and catch up with you. How about you? What have you been up to? Are you running? Are you on track with your training? Taking a break? How are you coping with winter this year? Catch me up on your life.