The Soundtrack of Experience

I’ve never been a very sophisticated music connoisseur. Just to give you an example, my high school boyfriend tried to introduce me to Peter Gabriel back in the day, but I eschewed his attempts to educate my taste and stubbornly continued to listen to Air Supply—until MANY years later when my life-long friend Jason made me a CD of his favorite Peter Gabriel songs and I finally understood what I had been missing. (Sorry I was so unreceptive, T.H., if you’re out there anywhere.)

Even as the simpleton I am, music is still important to me. Years ago I compiled a running play list that has been my steadfast companion through 25 (ish) marathons and God-only-knows how many other races and training runs. And I’ve used that same list for so long I can almost tell you what mile I’m on based on the song that’s playing. There is great security in knowing what comes next (in running and in life).

Just before coming to South America, I updated all my technology to Mac products and, because I didn’t have a ton of time to figure out how to use iTunes (which, by the way, I find decidedly NON-intuitive), I simply loaded my running list and a few of my favorite CDs onto my iPhone. This is what I’ve been listening to for four months. Partly because I already have all my old CDs on my old computer, I didn’t want to invest in buying much music digitally while I was traveling, so I made do with what I had for the most part—favorites to be sure, but not the music that I would have chosen as the soundtrack to my experience—in Concepcion, especially.

The music I brought with me was music for other times in my life: 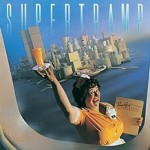 1.  Supertramp, Breakfast in America. This was the music for the first time a boy ever put his arm around me. I was eleven-years-old. Daniel was fourteen, and his family was visiting one of my neighbors. We had a campfire in the neighbor’s back yard one summer evening, and I distinctly remember The Logical Song coming on the radio at the same moment Daniel surreptitiously slipped his arm around my waist. I’ve loved Supertramp ever since! 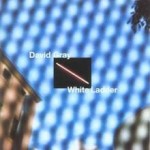 2.  David Grey, White Ladder. David Grey was the music of my divorce. I got White Ladder almost the same week I separated from my ex-husband. Grey’s mourning tone and deeply honest lyrics made me cry for what I was losing—both in terms of self and other. You’d think I might not love the CD because it evokes the memory of a difficult time in my life, but divorce for me was as revolutionary as it was sad. It upset the narrative of who I was to such a degree that it opened up possibilities I could have never foreseen.

3.  Dave Matthews Band, Everyday. DMB originally came into my life at the same time as David Grey but called to a different something inside of me. The band, with Dave’s sexy voice, Boyd Tinsley’s violin (OMG!), and LeRoi Moore’s saxophone (RIP), evoked sensuality for me and in me, a sense that I could/should stop and let the breeze brush against my skin rather than bundling up tight to protect myself from the cold. DMB cracked me and opened me up.

But none of this music is fresh to me now. And as I listened to these three albums over and over for the past four months, I started longing for something new, but what? As I said, I’m not a refined music consumer. So as our travel time wraps up, I’m ready to expose my ears to something new. Looking forward to heading home, I can see that I have the chance to push a reset button on many aspects of my life. I’d like to have some background music for the next chapter. And I’m receptive to suggestions. What do you love right now? What is meaningful to you? You know my email (clostman@live.com) if you have ideas (or you can comment on this post).

And PS: I will buy a pitcher of beer for anyone who can teach me how to use iTunes more efficiently.