On the Road to Boston

What a trip Bill and I have had so far. As you might remember, we were in Boston last year when the bombs went off (here’s my report from last year). Right from the moment we got home, we knew we would be back for the 2014 marathon. We both felt we needed to be at the race this year to show Boston our support and to connect with the many thousands of others who were present during the baffling and frightening tragedy that created so much grief for our country last year. We’ll arrive in Boston on Saturday so Bill can pick up his packet and I can map out my cheer-leading plan.

But before we land in Boston, we wanted to do a few other things out here on the East Coast. 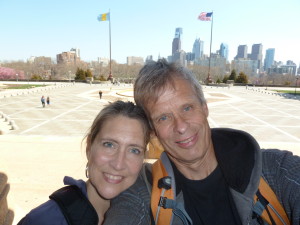 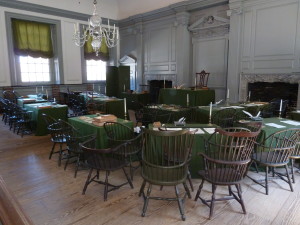 After Philadelphia, we drove to Lancaster County so I could run the Garden Spot Village Half Marathon. In my mission to meet women runners from typically non-running communities who wear head coverings (see this post for more info), I’ve really hoped I might find an Amish woman or two who run. Since it’s been my understanding that the Amish don’t use email or Facebook, I didn’t think the internet would be my best bet for meeting anyone to talk to, so I decided I needed to find a race in Amish country. 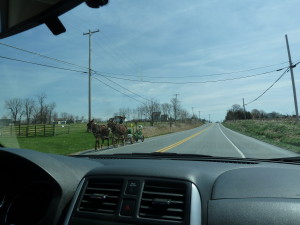 The Garden Spot Village Half Marathon was a wonderful race that weaves its way right through the quiet community of New Holland, PA. Because I’ve been fighting plantar fasciitis in my left foot and haven’t done a run longer than 5 miles since the Austin Marathon in February, I gave myself the gentle personal goals of having fun and enjoying other runners for this race. I figured that even if I walked a good portion of the distance, I could appreciate the course. If I met a female Amish runner or two, all the better. 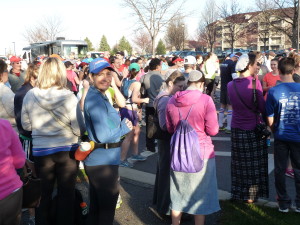 As it turned out, I had a pretty good race (2:29). The first nine miles were on beautiful rolling hills that weaved through farmland. And the last five miles were gloriously downhill and/or flat. The weather was perfect (around 75, probably), and the course was well-supported. Several Amish and Mennonite families came out to watch the race along with their “English” neighbors. And there was at least one Amish woman and several Mennonite women in the race. Very briefly I was able to chat with one of them (whose finish time was 2:10!) after the race. Running is clearly not a common activity among the women in the community, but my sense was that, just as it does for me, running brings a lot of joy to those who do participate.

After the race in Lancaster County, we drove to Washington DC, where for the past two days we’ve wandered the streets of our capitol. 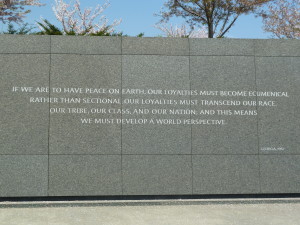 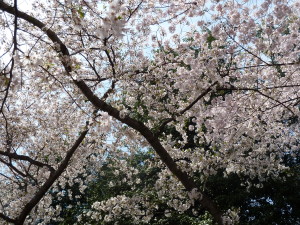 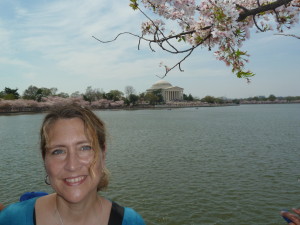 and went to the National Portrait Gallery, and then today we walked through the White House grounds, had lunch with friends Tacla and Richard, and then visited the Museum of American History.

As usual, Bill and I are cramming every minute of our travels full of adventures so that we come back to our lodgings exhausted each night. C’est la vie. Or at least c’est our lives.