We woke up early, kissed the dogs goodbye (Auntie Kiersten would be there later to take over puppy duties), grabbed a double-short-one-pump-sugar-free-cinnamon-dulce-soy-latte at Starbucks, and hit the road.

Little did we know that we would end the day at a Bob Dylan concert in Missoula, Montana with the other riffraff who sit outside the gates of the Big Sky Brewing Company (creator of Moose Drool) to “steal” the show.

We only discovered that Bob Dylan was playing in Missoula when we showed up at the brew pub hoping to get a taster of what was on tap. We were turned away because of the concert and wandered over to the Kettle House and then Draught Works breweries instead. But after dinner, Bill suggested we go find out if we could hear Dylan from the street. We could!

Here we are enjoying the concert. 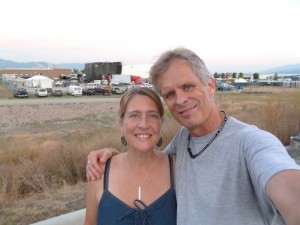 With our new friends. 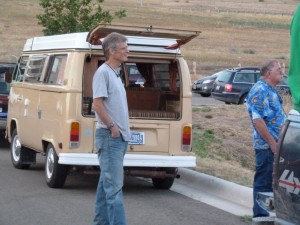 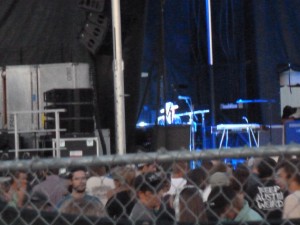 Stealing the show and loving it! 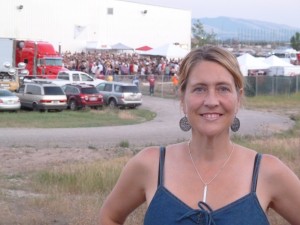 Bob’s last song before we headed back to our motel: