R is for Rage. Rant. And, finally, please, RESPECT. 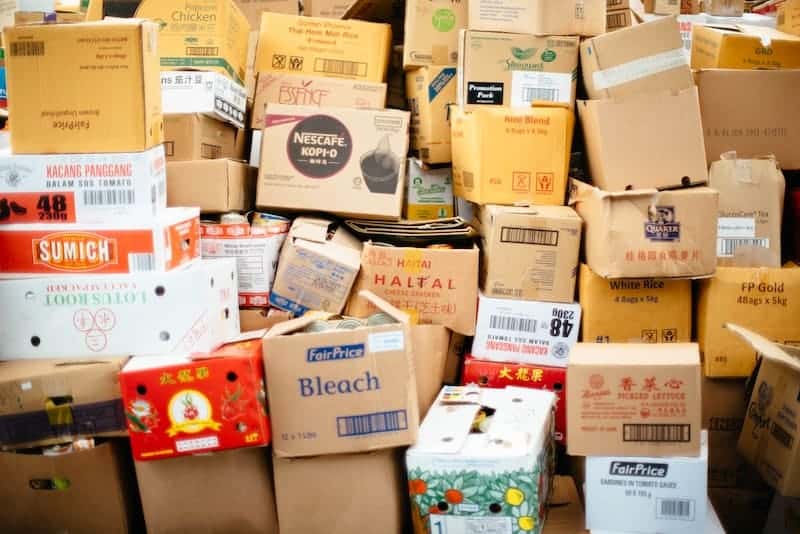 Pour yourself a glass of wine and settle in for this one, friends. It’ll be long. And it’s a long time coming, too.

I stepped outside of my house yesterday to get the mail. When I turned to go back in, I noticed a pile of boxes in front of my garage. I opened one of the boxes to discover some books my ex-husband (my second ex-husband just to be clear—the most recent one) would have still had at his house from before we divorced. He’d told me he wanted to return these books before I moved into my new home, and I’d asked him at the time to drop them at my friend Laura’s home in Bellingham where I could retrieve them at my convenience.

I’d also asked him to send any mail he received to my friend Christine’s house.

I wasn’t inclined to give this man my new mailing address because I didn’t want him to know where I lived. I’ve long had the sense that he was driving by my various rental houses in Seattle ever since I left him in December of 2015, though I can’t prove that, of course—just a feeling. What I do know is that without my volunteering a previous address, he’d discovered it and sent me a gift for my 50thbirthday (three years ago). So, I knew he was likely to be keeping tabs on my whereabouts.

What’s the problem with sending me a gift, you might ask (well, some of you will ask this, and I know some of you will already know the answer)? An unwanted gift is what we call stalking, dears. You see, if a relationship is intact, there is an implied understanding that gifts enhance the relationship, putting an exclamation point on love. But if someone has LEFT a relationship, then gifts become trickier. A person who is no longer in a relationship with someone ought to obtain permission before offering gifts to their former lover/partner/friend. If they don’t, they run the risk of forcing their affections on someone who, by virtue of ending the relationship, has taken away the implicit agreement that gifts are welcome.

In the case of my Ex, he repeatedly sent me gifts for about four years after I left the marriage. Finally, I unambiguously asked him to stop communicating with me and to stop sending me gifts (or emails or snail mail or texts). I’d looked up the legal definition of stalking, and it seems the person receiving the unwanted attention needs to directly ask the person delivering said unwanted attention to stop the contact. So, I did this. Documenting it of course.

Of course, my Ex did not respect my request. Why would he? He didn’t respect many of my requests during the relationship either. I’d explicitly asked for him to stop swearing at me at one point. And to stop throwing things at me. But those requests also went unheeded, which is part of the reason I left.

Some months after I moved into my new townhome, I received a message from him asking what he could do with my mail (mind you, I’ve changed my mailing address for all senders that are important, so he shouldn’t be getting anything for me that matters). This request of his about where to forward mail ALSO *seems* like a reasonable communication. EXCEPT THAT I’D ASKED HIM TO STOP CONTACTING ME. Also, we have many mutual friends with whom mail could easily be left. There need be no direct contact with me if all he needs to do is walk next door and ask Alisa to give me the mail the next time she sees me.

Right around this same time, I discovered by report of a friend that my Ex had placed in a Bellingham footrace and that his listed city of residence was MY city. Not Bellingham, where he actually lives. I couldn’t understand why this would be the case. I looked on Redfin to see if his condo had been listed for sale. Had he moved? And to the city where I was now living? That worried me.

On the heels of his request about where to send my mail, I wrote my Ex a second message saying again that I did not want him to contact me by any means or come near my property. This time I copied in several of my friends and told him I was doing so so that I would have witnesses to this request. I told him that I would seek a no contact order if he couldn’t respect my boundary.

Some weeks passed and I heard nothing from him. I was lulled into believing that perhaps he understood he should leave me alone. But when the coronavirus hit, I received a text from him wishing me well. Again… what’s the problem with that? A nice message, telling me he hopes I’m doing ok? What’s wrong is that I HAD ASKED HIM TO STOP CONTACTING ME.

Then, last week, I received some mail—in my very own mailbox—that had been addressed and forwarded by him. Mail that had ended up erroneously in his box in Bellingham. Remember, now, I’d given him the address of a friend to mail things to should he ever receive anything for me at his house, AND as near as next door to him there is someone who could get something to me very easily. Also, I had never given him my address. He’d looked it up (on public records?) and taken it upon himself to violate my request to stop contacting me.

Oh, and did I mention that he sent me a birthday e-card a couple of weeks ago? Although I have blocked his email address, he apparently has more than one, so I will need to block them all. And though I’ve now blocked his phone number, there is always the snail mail which cannot be blocked.

So when I saw the boxes on my stoop yesterday, I was angry. To come onto my property (after obtaining my address without my permission) leaves a VERY clear message to me. It goes something like this:

I don’t give a fuck what you want. You can never leave me because I will always know where you live, no matter how many times you move. You can ask me to leave you alone, but I’m the only person in charge of whether or not you have contact with me because I can make that happen anytime I choose to. I’m watching you. I’m a nice guy, so I’ll only use my powers to bring you things, to give you gifts, to return items that belong to you, but make no mistake I AM THE ONE WITH THE POWER TO DECIDE IF YOU GET TO BE LEFT ALONE. ONLY ME. NOT YOU.

This is the same message he was leaving when he hunted down my car in the parking lot at a speaking engagement in Bellingham and left a rose on the windshield a few years ago. Or when he sent me gifts from his travels or items his mother gave him for me last year (which, I have to wonder why his mother is giving him things for me some four years after I left the marriage—does she know we are divorced or is he hiding this from his mother, lying to her for half a decade now to save face?).

I am tired of being at the behest of someone who does not respect me. I do have one thing in my quiver, the arrow of words. So I am writing this lengthy blog post, knowing people who know us both will see this, because it’s time for him to LEAVE ME ALONE.

One of the things in the pile of stuff my Ex left for me yesterday was a print of a painting he bought for me–unasked for, unwelcome.

Here is the typed message he left with the print:

This is a limited edition print by an artist, JoAnn George, who lives and paints in a small Tlingit Indian village in southeast Alaska. I found the print in La Conner about a year ago and immediately thought you might appreciate the native imagery. I was told (and you probably know) that the Raven, in native lore, is a symbol of transformation and metamorphosis… Haidas, I was told, believe Raven, or Yaahl to be a complex reflection of one’s own self. I couldn’t help but wonder if the Raven was a central figure in some of Clarissa Pinkola Estes’ writings.

Sorry to be in violation of your gift-giving boundaries, but I actually got this for you long before the boundary was set, so I guess technically I don’t consider myself to be in violation, and I finally decided to just go ahead and send it to you. If, for whatever reason, you don’t want this gift, please pass it on to someone who might appreciate it, or donate to a worthy cause, or return it to me… whatever your preference. Best wishes, your Ex.

Okay friends there are so many problems with this message that I can only bullet point a few:

Let’s get really clear about some statistics on stalking, friends. These stats come from Colorado State University.

This is no joke. Just because someone is pretending to be nice doesn’t mean it isn’t stalking and it doesn’t mean it isn’t dangerous. And since I’m in the mood to get really clear about what is and isn’t okay in current or past intimate relationships (and because stalking after a breakup is usually preceded by control and abuse inside of a relationship), let me just post the Power and Control Wheel and the Cycle of Violence diagram too, while I’m at it.

Friends, I don’t know if I can get my stalker to stop, but I’m at least going to call this for what it is. I’m tired of asking nicely to be treated with respect.

One of Mirriam-Webster’s definitions for respect is this: “To refrain from interfering with.” I like that. When someone has asked you to go away. Go away.

Thank you for listening.

This site uses Akismet to reduce spam. Learn how your comment data is processed.