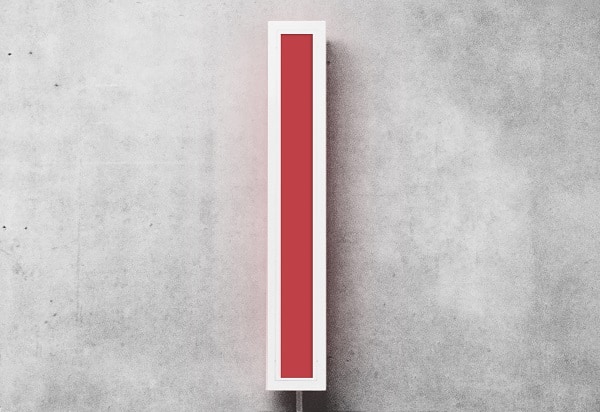 I went to Chile earlier this month to run a marathon. And to reclaim something I left there a few years ago.

Doesn’t matter how many 42.2K races I run. Every time is hard. Every time. In fact, I think marathons are harder for me now than ever before. For one thing, I’ve gained some weight. The last three tough years and a struggle with depression have left me about 12 pounds heavier than I’ve ever been in my adult life. Twelve pounds, you may think, isn’t significant, but try wearing a 12-pound backpack out on a run. That’s what I’ve been wearing for the past couple of years. Except the weight isn’t on my back. It’s around my belly, in my boobs, on my bum, and—of course—around my neck. Still… my legs are willing to carry me. And I’m grateful for that.

Viña Del Mar is a Chilean city on the 33rdparallel south of the equator, which makes it summer during Seattle’s winters.

The day of the marathon (December 2nd), however, we had a lovely cloud cover, putting the temp at about 58 degrees Fahrenheit. Super comfortable for a long run. I’d arranged to stay at a hotel a few minutes walk from the finish line. On the bus to the starting line, I sized up my competition as they boarded at 5:30 am (jajaja, just kidding, you know I don’t compete in these things) to see if anyone might POSSIBLY be slower than I. I’d checked the results from previous years to know that finishers at my pace had participated, but I started to get a little worried when I realized almost the whole running field was made up of men. There were about 200 runners in the full marathon total and probably not 20 of them were women.

Another runner staying at the hotel with me, a Spanish fellow from Barcelona named Raimon, was sitting with me on the bus ride to the starting line, and he joked that I’d have a good chance of placing in my age group. True that! The women competing in the race were young! I had a good feeling I’d be coming in last.

Let me level with you. I always act like I don’t mind coming in last, but I do. Two things worry me. First, what if the volunteers close up shop before I come through? I hate the idea of being 20 miles into a race and finding myself unsupported. I worry about getting lost, about getting hurt, about getting thirsty, and about being alone if any of these things should happen. The second thing that worries me about coming in last is the real possibility that the finish line will already be taken down when I reach it and I won’t know where the damn race is supposed to end. My experience is that MOST races don’t let these things happen. Most race directors I know personally worry a lot about runner safety and they want to make sure every single participant is accounted for and supported. But I’ve absolutely participated in a handful races where the last couple of runners are left to their own exhausted devices.

Pretty quickly after the gun went off, I settled into the back of the pack. My first five miles averaged about 11:15 minutes per mile, which in a bigger field wouldn’t put me last, but there were only about four of us chugging along at that pace. Soon enough two of those pulled ahead (or I slowed… hard to say). The first half of the race was fucking hilly, but I didn’t give in to the urge to walk for one reason and one reason only. Get this:

You know that old tired joke non-runners always say to runners. “Who’s chasing you?” Well… this race director had decided the best way to keep an eye on the last runner was to drive an ambulance behind her (…er… me)—at a ten-yard distance with the lights swirling. No siren, thank god.

I’m sure the idea was to alert traffic to the existence of runners on the street, and for sure I know that ambulance probably saved my life a few times on a treacherously twisting road. But I was disconcerted/disturbed/annoyed—even while being very thankful—that there was a Diesel engine running its noisy insistence behind me. When the biggest and most intimidating hill came along, I longed to walk. I mean, really! But these two guys in the ambulance were there. Watching my ass. They chased me all the way up and shamed me into running the whole way.  When I reach the top, I was irritated with myself for giving in to shame. I turned around to look them in the eye and to promise myself I would walk up the next hill if I wanted to.

For a few miles, another guy named Juan (from Ecuador) slowed down and ran behind me. He was on marathon number 77, working his way toward 100. The only way to do that is slow and steady, right? But at about mile 18 he pulled ahead of me and kept going until I couldn’t see him anymore. My guess is that my own pace had become glacial. I was in pain. The hills had kicked my butt and I was shuffling. I didn’t bother looking at my pace. I was last. Period.

When my ambulance and I finally got back into town and a walkway wound its way along the beachfront, the paramedics abandoned me. As bugged as I felt with them following me, I was really offended that they drove away, as if I didn’t need them pushing me anymore. By now, I’d created a story in my head that we were in this race together. And now they were gone!

The last five miles were (I swear to you!) the longest 5 miles of my life. They never seemed to end. I finally pulled out my phone and looked at my RunKeeper at 25.5 miles and started counting in my head. How many times does a person have to count to 60 to run .7 miles at a 16 minute per mile pace? A million?

Something dawned on me during that last little stretch of the course in my pain and impatience: The marathon always teaches me the same lessons—no matter how many times I take it on. You can do anything you put your mind to. You can choose your own attitude. You can be as strong as you need to be. You can be… you must be…  your own person. You are responsible for your own happiness. Whatever life throws your way on this course of life, you are in charge of your dignity, your mind, and your choices. Clichés? If so, they are clichés only because they are true statements that can never be said enough.

At 26.2 miles the finish line was nowhere. I was more than six hours in, and I wondered if the race director was long gone. No matter, I said to myself. I did this for me. I know what I did.

I scanned the people milling about at the beach for someone with a medal and finally found one. “Donde esta el finish line?” I asked. He pointed ahead and relief flooded me.

In .2 more miles, there it was.  Someone was still there waiting for me. The race director greeted me, got me water, made sure I was okay, gave me my metal, and went back to taking down his tents. I waddled along the sidewalk, trying to keep my balance, longing to give my bruised feet a break from the cement under them.

I’d finished in time to see some of the awards ceremony and my seat mate, Raimon, winning first place for his division. I placed 4thin my division—which, of course, means there were 4 of us in the field.

So boom. I finished. It was hard and I felt a lot of pain in the end. But out there on a green Chilean landscape, alone except for a noisy engine chasing me, I’d had a lot of time to think. Like always. That’s one reason we run—to think. I came to Chile to get something back. I’d lost some self-respect the last time I was in Chile. I’d turned myself into someone who didn’t stand on her own two feet anymore but who let someone else’s moods drive her into fear and people-pleasing. I needed to come back to Chile to run this race on my own two feet. No one who knows me was at the finish line. No one cheered for me. I was the only one there—for me. And finally, that’s enough. ¡Sufficient!