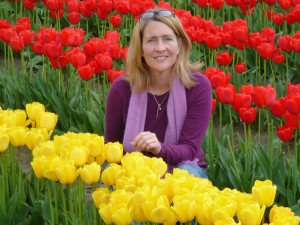 Thank you all for spending 2013 with me!

Well, 2013 is officially behind us. One year ago, I set a handful of goals, just as I plan to do this year, and proceeded through the months toward success. But since life is unpredictable, and since we as people evolve and change, my goals morphed over the year. What I ended up accomplishing certainly resembles my vision of the year before I started out, but not perfectly.

At the end of each year/beginning of the next, I always write a few pages in my journal addressing the same evaluative questions. I thought this year I’d share my questions and answers here. I encourage you to take the questions and do some beginning-of-the-year writing for yourself. The questions are simple but probing. Take a look:

1. Complete my novel draft (working title is “Nampula“) to the point that it would be ready to send off to my agent for shopping.

2. Revamp my running training so that I could get PRs in the 10K, half marathon, and marathon distances (and ultimately shave one hour off of my marathon average).

3. Publish and market the new book, Beyond Belief.

4. Support Bill as he reorganizes his life after retirement.

B. For each goal, evaluate whether or not it continued to feel relevant throughout the year. If so, why? If not, why not?

1. Nampula–I worked on revisions for the novel until the end of July. During that time, I found my interest in the main character waning. She didn’t feel vibrant to me and I couldn’t figure out why. I sent the book off to a good friend of mine whom I trust to give me a read through. Her feedback was that the main character and her husband were not showing up on the page as multidimensional characters. I was discouraged by this, but I knew she was right. What should I do? I re-read the novel (by now it was about 70,000 words) and realized that, as a reader, I didn’t like my main character at all! The only way to figure out what was missing was to set the book aside and let it simmer until something came to me. In October, I woke up one morning with the realization of what was wrong. The book was currently in first person–written in the voice of the main character, who starts out as a limited person who will grow throughout the book. The reader couldn’t see her potential because the character didn’t know her own potential. The book needed to be rewritten in third person so that the reader could be let in on things the character didn’t know yet.

Because this was a major revamping, I knew the goal of getting the book completed by the end of the year was unrealistic. Laura Kalpakian (my dear friend and a seasoned novelist) told me that some books need to mature as the author matures. Set it aside and come back to it when it calls to you, she advised. That’s what I’m doing.

2. Training--This year has been my most fun and interesting year of training. I’ve introduced speed work and pace work into my weekly routine and have stuck with the structure coach Carol Frazey set up for me all year. One day of speed, one day of pacing, one long run, and two other days of easy runs. The result has been that I’ve enjoyed my training this year more than ever. I had my PR in both the 10K AND the half marathon, though I still haven’t reached my goal of maintaining a 10 minute average in the half marathon distance.

The Austin Marathon is coming up next month. This is the race I’ve ultimately been training for. My goal there is to do a 4:30 race. Anything faster than 4:53 would be a PR. In the nearly ten years I’ve been running, I’ve only ever finished one marathon in under five hours (that’s the one I did in 4:53 in Tateyama, Japan in 2009).

I’ve had some setbacks in the training schedule this year. The first one was recovering from the 18-mile trail run Bill and I did in Arizona (you can read my report here). That race was tough and, in terms of my training, did more harm than good–although I wouldn’t trade the experience for anything. The second setback was just last week when I came down with the flu and had to stay in bed when I should have been running 16 miles. But even with the setbacks, training has continued to feel relevant and effective. Stay tuned for marathon results. 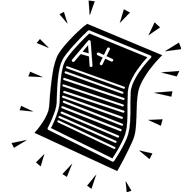 3. Beyond Belief–All goals for this book were met and exceeded. With the help of my co-editor, Susan Tive, and the awesome support of our publisher, Seal Press, we have enjoyed marketing the book through public readings, a blog tour, and regular postings on our own site.

4. Bill’s retirement–Supporting someone you love in a major life transition is more of an ongoing journey than a goal that can be met. I’m truly grateful to see that Bill is enjoying letting go of the responsibilities he had at work for so many years and that he smiles more often and wants to hang out with me and do fun things on the spur of the moment. We’re adjusting to the fact that he’s around the house while I’m working (writing, seeing clients via Skype in my office) and learning to make plans that accommodate both of our different sets of needs. Smooth sailing so far.

C. What did I learn about myself in the pursuit of my goals in 2013?

In 2013 I learned two major lessons from the goals I set. The first is that a goal is sometimes a destination, but is always a journey. In the case of launching a book or running a race, the concrete completion of a goal feels good and success can be measured. In a case such as writing a novel, it is difficult to predict at the beginning of the project what the project itself will need. Some flexibility and humility has allowed me to see that the book I really want to write is a book I’m not ready to write. Fortunately, the characters will wait for me (on my hard drive) until my life has taught me what they need to know to finish their story.

About myself I’ve learned that I’ve matured a lot since my younger days. I don’t beat myself up anymore when I don’t get something done the way I intended. I give myself credit for the sincere, authentic effort I made, and I take what gifts I can find even in the “failure” to achieve what I set out to do. This attitude has relieved me from spending a great deal of time in self-hatred before moving on to the next adventure. In my twenties and thirties, I would have slumped into a long self-flagellation episode and required my friends to talk me out of it. Not so anymore. Yay.

1. Complete one revision of the young adult novel I started during NaNoWriMo 2013.

2. Run hard in the marathon in Austin and have fun.

3. Complete a book proposal for a new book: “Running Under Cover.” (More on this in the months to come.)

4. Continue training as directed by Carol and run marathons in at least 2 to 4 additional US States.

5. Build my writing coaching business and offer at least one successful online course for writers.

E. What are my specific strategies for reaching for these goals?

Note: Rather than go into these here, I’ll write about my strategies in the coming weeks. This is actually the most important question for me. Strategies always include 4 things: scheduling, creating accountability, evaluating/measuring progress, and overcoming roadblocks. My strategies for each of my goals wouldn’t be terribly interesting to you, but I wanted you to see the question in case you’re doing a 2013 review/2014 goal-setting session for yourself. And I plan to do a blog on each of the four aspects of planning to reach a goal.

What are your goals for the year?? And if you do some journalling using my questions, I’d love to hear about your insights.